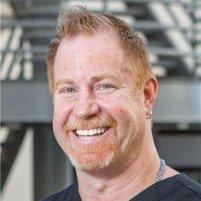 A Woman has menstrual cycles for a reason. The female body is equipped with the necessary hormones and reproductive organs to foster the ability to bear children. This comes with many GREAT possibilities; however, obviously this also creates a scenario where the bleeding or menstrual-flow is troublesome, is painful or is just not a pleasant experience to have to cope with on any regular or irregular basis. Dr. David Chisholm at Park Avenue Obstetrics and Gynecology and New Beginnings Feminine Beauty can assist you in figuring out if your bleeding is normal or abnormal, and can also help determine the most appropriate way of helping to cope or deal with this issue. To schedule a visit, call the office or book online today.

Is irregular or heavy bleeding a sign of something being wrong?

Menses can, for some women, be looked at as a positive sign of overall health and well-being.  It can also be something that is desired and welcomed every month by some.  However, it too, can be a sign of trouble ahead, and can signal that there are issues at play that NEED to be addressed for safety, but also could just be a monthly, sometimes weekly, nuisance that can be evaluated, and if desired, controlled in various ways to better one’s experience with this normal part of the female reproductive system.

What are possible reasons for my heavy or irregular flow?

Dr. Chisholm can help sort this out for you.  He can help diagnose and manage multiple possible sources for troublesome bleeding.  Some reasons women may have bleeding issues can stem from the following, but here too, not all are listed.

These are just some of the reasons some women experience irregular or heavy menstrual-flow.  Dr. Chisholm can help evaluate your bleeding and then offer some assistance in either treatment for it, or if anovulatory, help you become ovulatory, and in the process, fertile in the hopes of assisting you in becoming pregnant.

Is there a permanent fix to bleeding if I am done with childbearing?

YES!!!! This is a special area of Gynecology that Dr. Chisholm is very involved with.  He will assist you in determining both necessarily, the reason for your bleeding, but also the various options available in managing it, perhaps eliminating any and all bleeding for you.  Dr. Chisholm can go over this in detail at a visit, and can point you in the direction of freedom from bleeding, either temporarily  or permanently!

A menstrual period is NOT always needed, and if your child bearing is complete, then Dr. Chisholm may have the perfect solution to your problem -- an Endometrial Ablation!  Endometrial Ablation can be discussed to see if this fits your needs.  Endometrial Ablation is a very minimally invasive, low-risk procedure that could provide you with lifelong freedom from bleeding.  A woman does not have to be in menopause to be without her periods - PERIOD! The beauty of this procedure is that it is permanent and no incisions or significant downtime is needed. It can also usually be performed in the office and avoids the need of any hormonal prescriptions.  A PERIOD-FREE life sounds terrific, doesn’t IT!!!